Cutting my transportation costs is one of the best financial decisions I’ve ever made!

What is even more interesting to me is that 90% of that is spent on private transportation, like your own car and only 10% on public transportation.

I grew up just north of the city in the suburbs of Toronto, where the bus service was not great. So it was only natural that as a teenager I owned a car. However, in my twenties, I moved into the city and started working there too. I took the subway to and from work everyday to avoid paying $20 -$30 for parking each day.

Living in the city, I hardly drove my car. I had thought about selling it for a long time. This was a difficult decision as I’d had a car almost since I first started driving. Conventional society says that if you can afford a car, you should have one!

One day I finally did the math. If I cabbed every single place that I drove, it would be much cheaper than keeping my car.

The total cost of parking in my building, insurance, car payments, maintenance, gas and parking in the city was $1,000 a month!

So I finally took the plunge and sold the car. It has been almost four years and it was one of the best financial decision I’ve ever made.

Guess where that money is now? In a property, that is making me money – cha ching!

I’m not suggesting that you sell your car, but I am asking you to rethink how much money you spend on transportation and if there is another more creative and flexible way for you to get around.

To be clear, I’m not against having a car, but I’m against having one that I hardly used and was moreover paying big bucks for it.  Who wants to pay crazy transportation costs that aren’t serving you? Not me!

When my life changes and it suits me, guess what? I’ll get a car and absorb the higher transportation costs, but for now, I’ll pass.

Doubling Your Money With The Rule of 72

How to Stop Living Paycheck to Paycheck 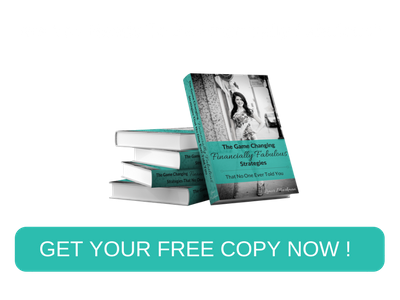 How To Make Money In Real Estate

The Most Common Mistakes of a Tax Free Savings Account (TFSA)

Where Should You Start? Right Where You Are

What is inflation and why should you care?

Best Tips to Control Your Spending

How to Avoid A Financial Scam!

How To Have More Money!